Why are Ontarians upset by electricity prices?

The other day I read a paper* that referenced 1997’s, “Direction for Change: Charting a Course for Competitive Electricity and Jobs in Ontario.” Skimming the document that moved the province towards the current assortment of public, private and toxic entities, I came across the following graphic within a section titled, “Ontario Hydro’s Unsatisfactory Business Record.”

I thought, presumably as most do when seeing a graphic such as this, I should reproduce this work, and extend it to the present time. Not being overly ambitious, I simply use Consumer Price Index data (from CANSIM Table 326-0020), so my graphics will omit data from industrial entities; not being without curiousity I also grabbed data for average annual residential electricity prices (from the U.S. Energy Information Administration (EIA) site).

A little math to reset the base years that will equal 100% and:

It’s not been a good 3 decades for Ontario electricity consumers.

The 1986-1996 period, cited as reason to privatize the sector, featured price hikes as Darlington nuclear units were completed and entered the rate base during a steep recession. Once in the rate base, a price freeze was introduced. 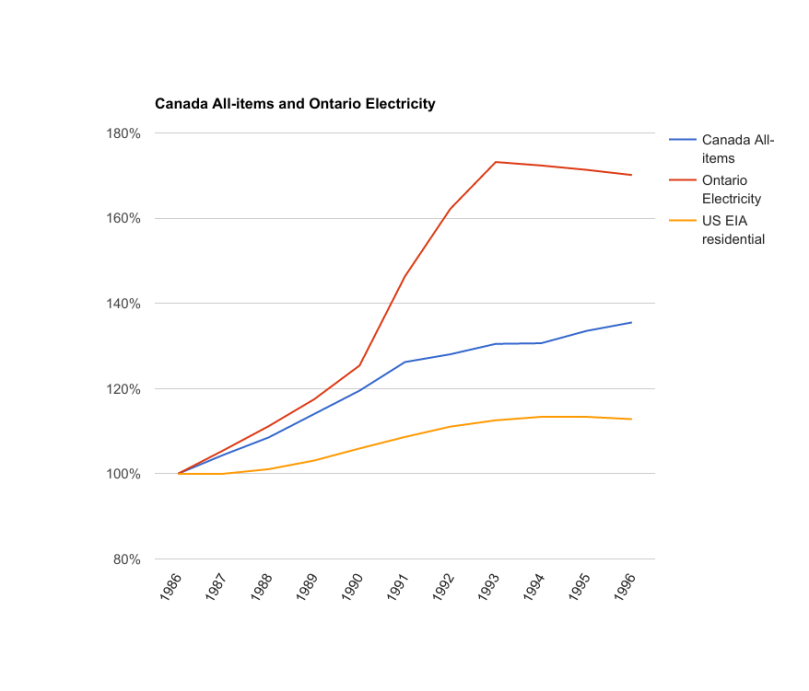 The next 10 years featured some gnashing of teeth when Ontario took a stab at a competitive wholesale market in 2002-2003, but overall the sector did well, by Ontario standards, from 1996-2006 period (index changed to 1996 = 100%). Heck, real consumer electricity costs weren’t increasing in Ontario at even twice the rate as general prices in Canada, or residential electricity prices in the U.S., over this period. 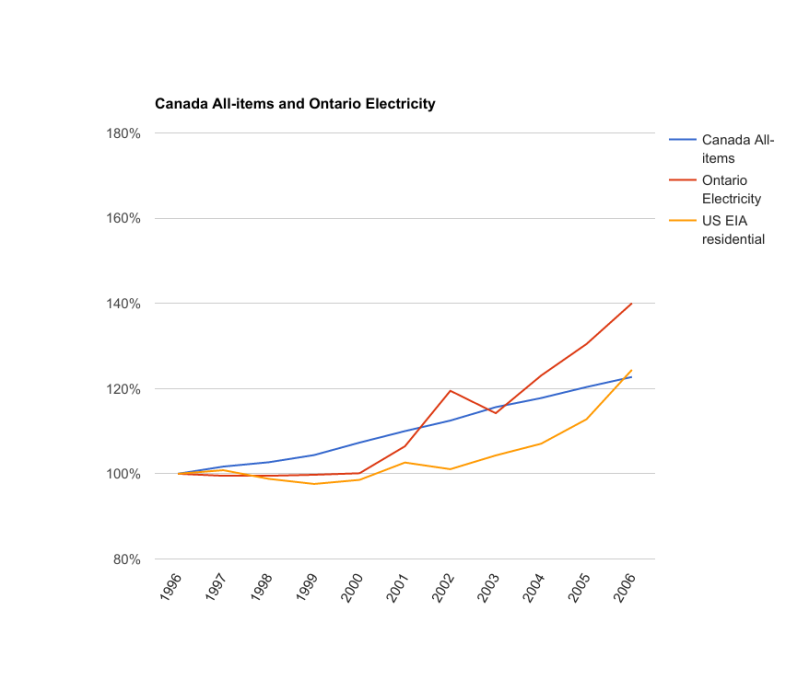 During the past decade the Golden Age of mediocrity in Ontario electricity pricing dissolved. 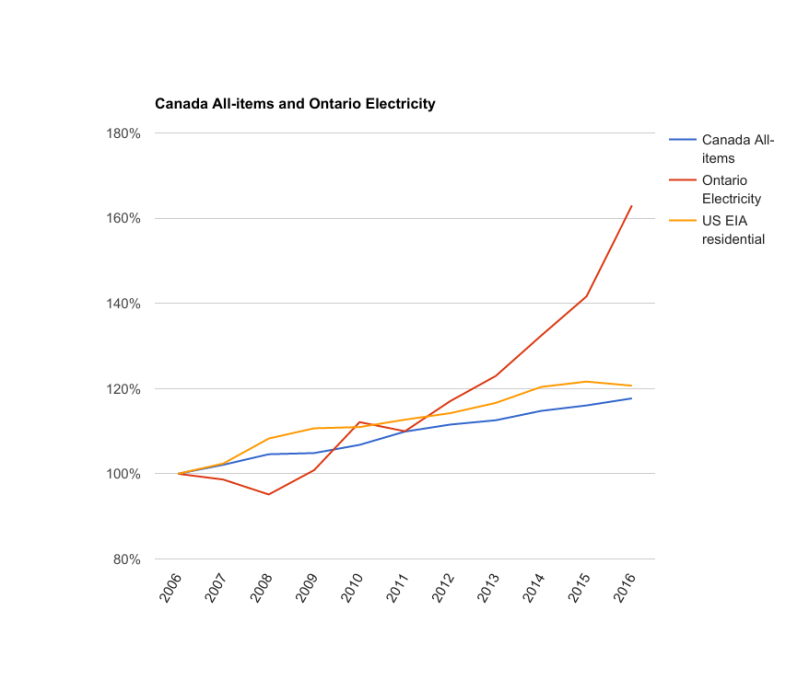 If the political pressure for action on electricity pricing today is as strong as it was in 1993, it could be because real cost increases have been greater, in recent years, than in the years leading up to 1993 – the increase in electricity prices is actually slightly less, but overall inflation is far lower too.

Ontario’s electricity rate inflation is perceived as being exceptionally high because it is.