Brady Yauch has produced a report, along with Scott Mitchnick, on the cost of selling electricity to exporters for less than it cost to procure the supply:

Ontario electricity customers have paid more than $6 billion to cover the cost of exporting the province’s energy surplus, according to a new study from the Consumer Policy Institute.

Over the last decade, Ontario customers have paid $6.3 billion to cover the cost of selling high-priced electricity to customers outside of the province, according to a new study by the Consumer Policy Institute. A majority of those costs – $5.8 billion – have come since 2009, as demand for electricity in Ontario has fallen, while more generation capacity continues to be added, creating a growing surplus that gets dumped at below-cost prices in places like New York and Michigan.

The quote is from the blog post; the full study is, Power Exports at What Cost? How Ontario Electricity Customers are paying more to dump the province’s excess power.

The numbers match, almost exactly, my estimates using the same calculations I use in charting the cost of exports in my weekly and monthly reports. I recommend reading Yauch’s work because I find it very accessible – more than my own.

END_OF_DOCUMENT_TOKEN_TO_BE_REPLACED

The Ontario Liberal party, led by Premier Wynne, has a petition offering people to courageously add their name to “Support Lower Hydro Bills.” The petition follows a promise to rebate 8% of electricity bills – equivalent to the the provincial portion of the Harmonized Sales Tax (HST). Given the history of the Liberal governments in Ontario, perhaps a more meaningful question is:

When was a Liberal government least authentic in displaying concern for consumer electricity costs?

END_OF_DOCUMENT_TOKEN_TO_BE_REPLACED

This is a post written by Bruce Sharp. An earlier version appeared on Linkedin.

Did a single by-election loss cause this awakening?
In this day of politicians seemingly and completely incapable of climbing down from heavily entrenched positions, this seems to represent at least some progress – admitting there’s a problem.

Upon hearing this news, my mind went to what the government would do to provide relief – the depth, breadth and source of funds. Since 2003, we’ve had a number of dubious band-aid solutions, including a retroactive price freeze, the Ontario Clean Energy Benefit, an end to the Debt Retirement Charge (for residential consumers) and the Ontario Electricity Support Payment.
What would be next?
We now know it’ll be a removal of the 8% provincial sales tax — for those who vote and perhaps small business. Estimates have put the cost at $ 1 billion per year – suggestive of a base of $ 12.5 billion per year. That looks to me something like 70 TWh at 18 cents/kWh or perhaps slightly more energy at a slightly lesser rate. The Regulated Price Plan is about 58 TWh per year and excludes those on retail contracts, so perhaps the threshold will be 250,000 kWh per year.
The inappropriateness of this new measure should be obvious to anyone with even a modicum of energy policy instinct and yet the policy will have appeal for some. For all but the latter group, one has to wonder: does the government think we’re all stupid?
Some of the reactions have been bang-on, including Ontario Regional Chief Isadore Day’s reference to the move as a “shell game” and a Globe and Mail editorial referring to the move and electricity file as a “total mess”.

END_OF_DOCUMENT_TOKEN_TO_BE_REPLACED

Tom Adams has a very good post following a discussion on Zoomer radio with the current Environmental Commissioner of Ontario.

On Wednesday last week, you and I were guests on the radio show “Fight Back with Libby Znaimer” on the AM radio station CFZM Toronto. A podcast of that interview is available here. You made the following six major points:

Read the rebuttals to these points at Open Letter to Dr. Dianne Saxe, Environmental Commissioner of Ontario — Tom Adams Energy – ideas for a smarter grid 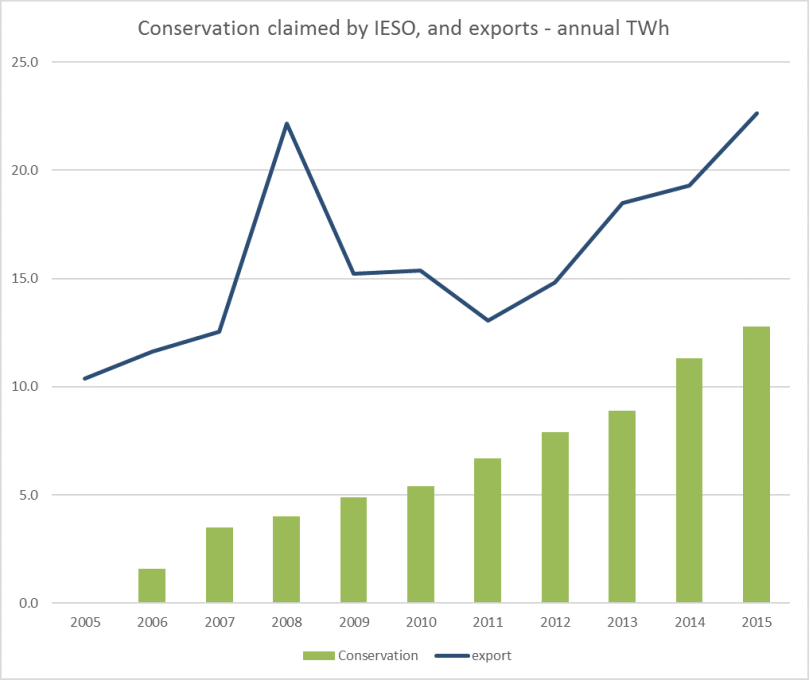 END_OF_DOCUMENT_TOKEN_TO_BE_REPLACED

If you’ve never read Gail Tverberg, this would be a good place to start.

Many people are hoping for wind and solar PV to transform grid electricity in a favorable way. Is this really possible? Is it really feasible for intermittent renewables to generate a large share of grid electricity? The answer increasingly looks as if it is, “No, the costs are too great, and the return on investment would be way too low.” We are already encountering major grid problems, even with low penetrations of intermittent renewable electricity: US, 5.4% of 2015 electricity consumption; China, 3.9%; Germany, 19.5%; Australia, 6.6%.

In fact, I have come to the rather astounding conclusion that even if wind turbines and solar PV could be built at zero cost, it would not make sense to continue to add them to the electric grid in the absence of very much better and cheaper electricity storage than we have today. There are too many costs outside building the devices themselves. It…