I started receiving messages last night on a sorta report by Environmental Defence (ED), and as I am still receiving them, I thought I’d write some thoughts – if only to simply copy a link when again asked for my thoughts.

Here is how ED’s Keith Brooks begins a blog post on their latest “work”:

Electricity prices in Ontario have risen in recent years, putting the squeeze on some Ontario residents and businesses. There are many reasons for the increase in electricity prices and renewable energy is one of them.  However, the role of renewables in diving up electricity bills has been vastly exaggerated.

I wrote on a poor 2014 ED work and noted their new backgrounder contains a graphic with the same information as Figure 1 of their 2014 work. Without acknowledging any level of competency in the compilation of data for either ED graphic, here’s the elements of residential electricity bills as they report them for 2016 and 2014: 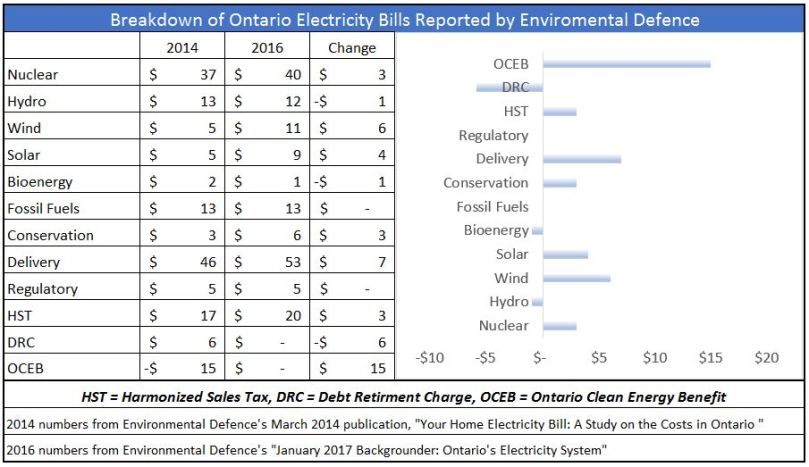 Perhaps the “role of renewables in driving up electricity bills” is perceived as being significant because: